The art work that was created for the ‘Read Between the Lines’ exhibition comes from the creativity, thoughts and feelings within the young people at Donut Creative Arts Studio (DCAS). The exhibition is based around the theme of ‘books’.

Firstly we had to decide what the exhibition would be about. After many discussions and heated debates with the young people, we voted for the theme of ‘books.’ The young people thought that they could fit many subjects and styles of work into this one theme. We had also been kindly donated boxes of books from the local community hub Monkey Park on Chester Street in Brampton. The young people were excited to see what they could create with the books.

Young people then began work on their pieces with limited time, each student chose their best idea and developed it further with support from staff. Once planned out the students went to work.

The young people and staff discussed ideas for an exhibition name. Many great suggestions were made and passionate discussions had. The result was a combination of a vote from students and staff decision based on possible identities. It was decided that the exhibition was going to be called ‘Read Between the Lines’.

Ideas for publicity material were also discussed and the final design created by staff and approved by the young people.

There were many forms of art work considered for this exhibition; the young people didn’t want it all to be two dimensional pictures on the wall. Sculptures were also by the young people with support from DCAS staff.

Over the many weeks of producing art, the young people were inspired and worked very hard to execute their ideas. Individuals and groups supported one another in some way, using individual skills to benefit the group as a whole and the art work. The end result is an inspirational project built by young people. 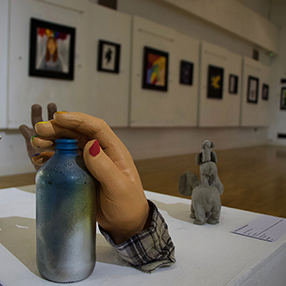 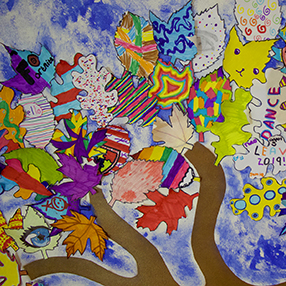